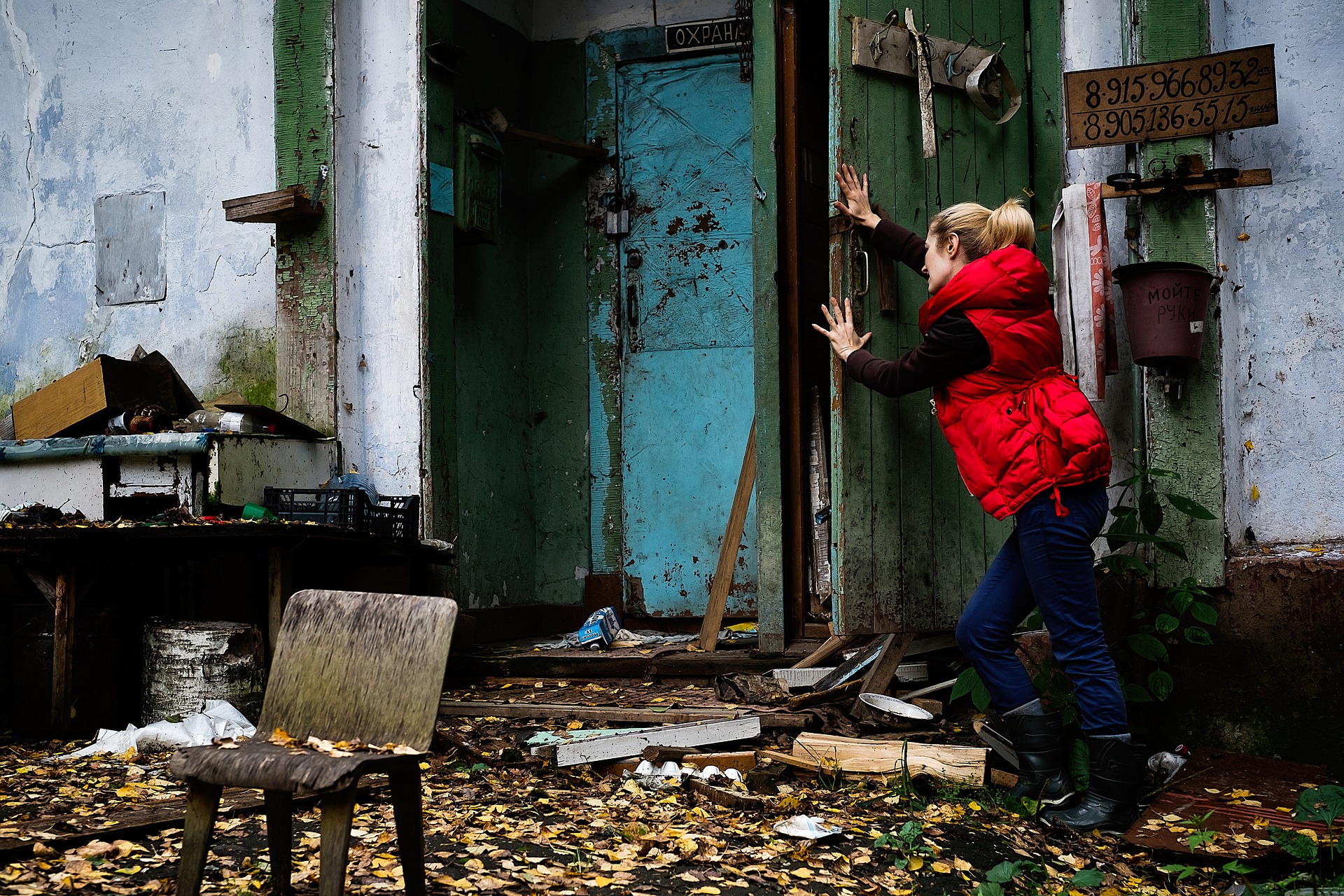 I have several t-shirts that are hand-me-downs from my husband. After one too many hot-wash-and-dries (a laundry requirement when I’m a cancer patient living with an elementary-age child and a man who works in hospitals), a shirt of his will shrink too much to wear politely anymore. He may not care if his gut shows when he lifts his arms, but I do. And even he is annoyed by a shirt that’s shrunk across his shoulders. He bitches about it, but it’s a fact of life for 6’2″ guys that clothes will just get too small sometimes. And when they do, if they’re still usable, I get them.

There’s a particular t-shirt that I hated to inherit, even though it’s comfortable to me. I refuse to wear it in public because its message is so rude. It reads, “To save time, let’s assume I’m never wrong.”

A little context is required. My husband is a Field Service Engineer. He fixes x-ray and ultrasound machinery all over the state. He drives more than around-the-world in mileage every year. If memory serves, in twelve years on the job, he’s gone through four vans, ten windshields, four laptops, three phones, and nearly a half million gallons of gas (and that’s not at all unusual). He’s often on call. He has to be prepared to troubleshoot and repair over 2,000 kinds of hospital equipment just for his company, and has to be able to at least troubleshoot all the competitors’ stuff, too. His job is so difficult it’s been recognized by Forbes Magazine as one of the top ten most stressful in the US. Even at his first interview for the job, his soon-to-be boss said, “If you feel like you’re drowning, that’s normal.”

So, my husband is used to being the guy everyone expects to save the images marooned in a broken machine…while there’s a technician nearby consoling a patient weeping in fear that those images will be lost, the radiology administrator is poking his head in every five minutes demanding to know when the machine’s going to be fixed, and the hospital IT guy on the phone keeps insisting it’s not his problem. And did I mention the equipment he works on can be worth millions, and sometimes carries 14,000 volts?

Yeah, stressful. He’s used to having to trust his troubleshooting, mechanical, and IT instincts even when confronted with an unholy level of outside criticism and doubt.

So when his mom found that t-shirt, “To save time, let’s assume I’m never wrong,” it resonated on a whole bunch of levels. He hated to let me inherit that shirt. It’s not that he’s cocky–the main reason he wants to leave his job is because of those moments when a patient is weeping nearby and he’s the only one who has a shot at saving them more invasion and pain, especially if it’s a child. Cocky is a far cry from describing how he feels in that moment. All he can think of is what happens if he fails. But in that moment is when he really wishes the message, “To save time, let’s assume I’m never wrong,” could be gotten across to the other adults in the room…so they would shut up, quit wasting his time, and let him get his job done as quickly and accurately as possible, so that poor kid can get the needles out of her and go back to her life.

That’s the context. Unfortunately, that’s also still his dayjob, twelve years after he discovered it was an unholy bitch that couldn’t be paid highly enough.

I remain profoundly grateful for him on many levels. He keeps the roof over our heads, the food in our bellies, and the health care coverage we all need. And he keeps doing it with a job that’s slowly killing him. (Don’t believe me? Ask any of the other FSE’s who have suffered heart attack, stroke, seizure, broken bones, or massive lacerations while on this job.)

But I’ve had his shirt for a few years now. And unfortunately now I have context for it, too.

Two years ago, my legs went numb while I was training for my black belt. I was fine to walk, drive, climb stairs, etc., but the sensation in my legs and groin disappeared over the course of four days. I cut my leg and didn’t feel it. I had to perform daily self-check like a leper.

At the time, I assumed it was something structural in my back or neck that caused the problem. Weeks of spine and neck imaging later, it was discovered that I had no structural problems, but I did have demyelinating lesions on my spinal cord. I was referred to a neurologist. But, as a last-minute call, my neurosurgeon ordered a brain MRI, knowing that my neurologist would like to have it already in-hand.

That’s when they found Bad Bob, the 16mm ocular melanoma tumor in my left eye.

All priority in my health care went to Bad Bob. PET/CT, iodine plaque brachytherapy placement and removal surgeries, biopsy, testing, and sudden referral to a clinical trial–which required more MRIs, CT, bloodwork, and ultrasound–took precedence over the slowly-resolving numbness in my groin and legs. Suddenly, I was that weeping patient in the corner, a too-close-to-home addition to my husband’s nightmares.

But the numbness largely resolved, and so my neurologist chalked the lesions up to myelomalacia (spinal bruising caused by too much taekwondo) or neurological paraneoplastic disorder (an unfortunate friendly-fire immune response by a body dead-set on killing the cancer it knows is there somewhere). She scoffed at my insistence on telling her about my direct family history of “brain lesions consistent with MS.” As she put it, “I won’t base my treatment of you on a non-diagnosis of a family member.” When I clarified that the only reason my family member had a “non” in front of her diagnosis was that she refused (rightly) to be subjected to the battery of invasive testing required to get an official diagnosis, my neurologist scoffed again. “MS is not genetic,” she replied. “Even if your family member has MS, you having MS too would put you very much in the minority.”

Fast forward two years. I developed a new numbness over half my rib cage. I brought this to my neurologist, who had been pushing me through more spinal MRIs than I could count over the last two years, just to keep looking at lesions that weren’t changing at all. And I reminded her that it had been two years since anyone had ordered an MRI of my head–the place that all-important cancer had originated. She grudgingly ordered another t-spine MRI, and an MRI of my brain.

When the latest spinal MRI revealed a new thoracic lesion–long past the time that Bad Bob should’ve been dead and I’d removed all impact from my taekwondo–and a teeny tiny demyelinating lesion in my brain, I reminded her, one last time, that MS appears in my family.

My neurologist became angry. “Your cancer is a fact,” she bit off, bunching the fingers and thumb of one hand together in an accusing point at my face. “It would be irresponsible of me to even consider MS as a diagnosis.”

I set my jaw and told her I had developed visual disturbances my ophthalmologist couldn’t explain, along with an on-again off-again, hot, buzzing dizziness in my brain that made sometimes made driving difficult.

She gave me a look that could’ve blistered paint. “I think it’s prudent to look for other causes, so a lumbar puncture is still warranted.”

Fast forward again. What was supposed to be a 48 hour lumbar puncture headache requiring no further medical intervention (“I haven’t had to do a blood patch in twenty years,” said the doctor who did the puncture) turned into a seven day revelation of pain. My back hurt like I’d been hit with a hammer. My guts ached so badly I massaged them continuously. My hips, knees, shoulders, and elbows felt like they were being twisted. When I sat up, my head hurt so badly that I would break into a cold sweat. Every time I stumbled into the bathroom, I came close to passing out from pain before I could rush back to the couch again. I had to time my painkiller dosage.

Through it all, my neurologist’s office strung me along with never-answered phone calls. By the time my doctor was finally ready to order the blood patch that would end my pain, I was already five days through it and improving. I didn’t take kindly to being hung out to dry for five days of the worst pain I’ve ever experienced.

Fast forward again. On the way home from my latest quarterly MRI for my oncology team, I got a call from a scheduler. “Okay, the earliest I can get you in is tomorrow.”

“Oh, did no one call you? The neurologist says your results are too complex to get into over the phone.”

I had my answer without being told what it was.

I was seething by the time I sat across from my neurologist. At this point I’d been disregarded for two years, forced through so many MRIs that even radiology techs winced, and left hanging for five days in blinding pain. And yet my neurologist managed to look affronted when I had no reaction whatsoever to being told I have MS.

The numbers are high enough to imply that I’ve had it for years…certainly for far longer than I’ve had cancer. As it turns out, the MS probably saved my life by making my legs go numb. I certainly had no symptoms from the OM.

Visibly miffed by my lack of reaction to the news, my neurologist told me, “Given your cancer, I think a second opinion is warranted. I’m referring you to a neurologist at UVA.”

I replied, “I just made an appointment with the neurology clinic there. It’s lined up for December.”

She snapped angrily, “I’m your neurologist.”

“This is all brand new,” I replied. “My oncology care will be reverting from Philadelphia to UVA soon. I knew it would take weeks to get the files and imaging transferred, and I want to have all my care finally handled in one facility, so I got the ball rolling as soon as I could.”

She snarled at me, “I should’ve been kept in the loop on this.”

I replied as coldly as I could, “We seem to have communication issues.”

She escorted me out of the examination room, ordered her assistant to make the arrangements with UVA, and stormed away without saying a word to me. She cost me years of contrast damage to my kidneys, years of claustrophobia, years of uncertainty. She might even have cost me years of preventive treatment, if there is such a thing as a preventive treatment for MS that doesn’t involve immunosuppression. (I don’t know yet. I’ll have to hear from a competent neurologist first.) And she didn’t even have the decency to say goodbye, let alone “I’m sorry.”

From this point forward, it’s going to be bloody difficult not to treat my medical care team as if I had my husband’s t-shirt on: “To save time, let’s assume I’m never wrong.” I want everyone around me to shut up, quit wasting my time, and let me get my job done as quickly and accurately as possible, so that poor patient can get the needles out of her and go back to her life. That poor patient is me.