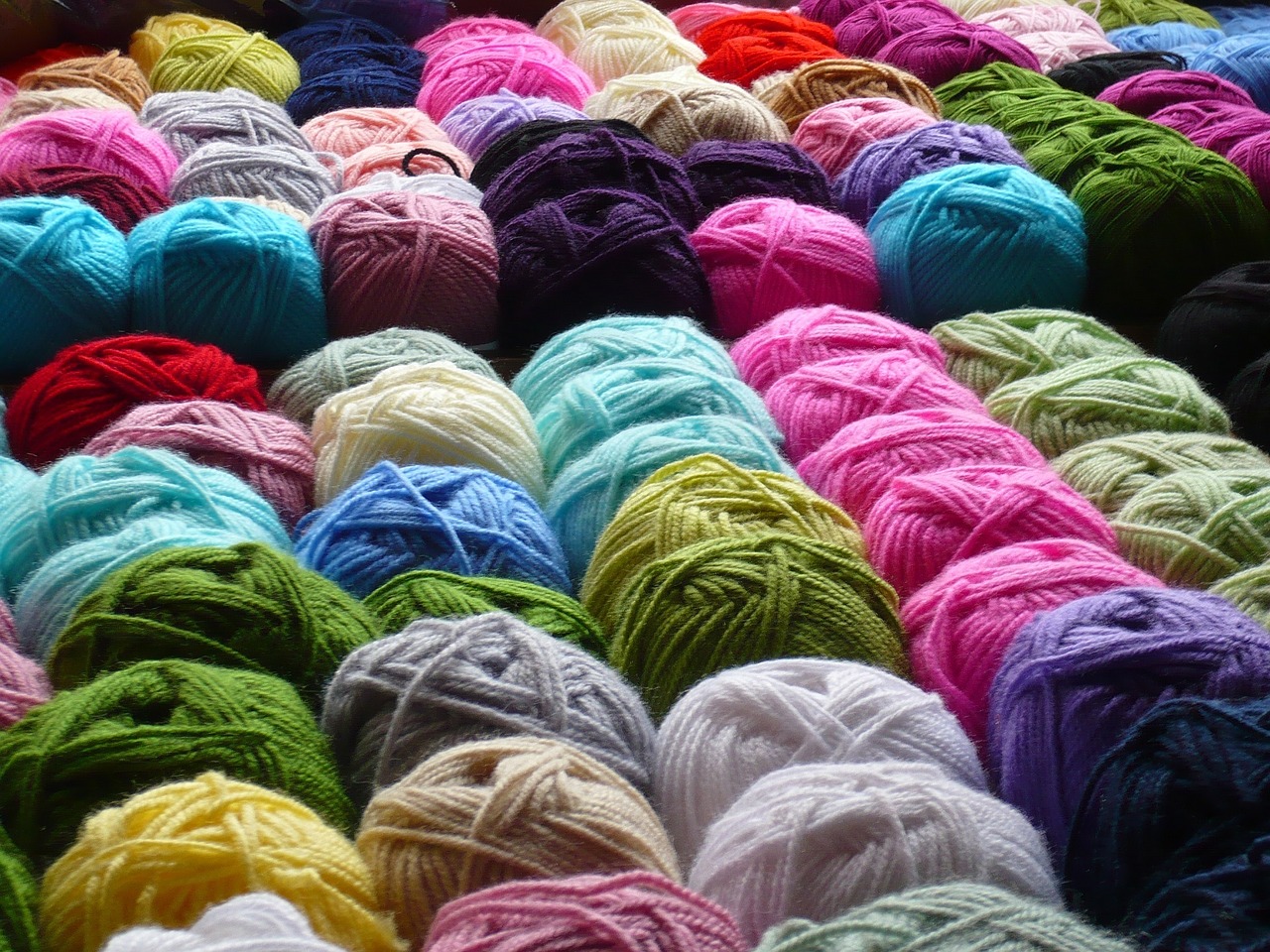 There are moments that I just stop. I don’t mean physically. I’m talking about moments that the contents of my brain and heart go on pause, and I catch myself looking at everything going on around me with no internal commentary (or sometimes even comprehension). It’s a raw awareness combined with an emptiness of thought. I feel as if I’m an alien dropped into the space behind my eyes and ears, and I’m witnessing these strange occurrences around this thing called a body for the very first time.

It sometimes happens during natural disasters (like ice storms, hurricanes, etc.). Massively powerful natural forces can easily overwhelm my little “I.” For instance, it’s impossible to think about my relationship problems when I look out my dining room window and see, not the usual thunderstorm I think is coming, but a low-slung set of boiling dust-black clouds that are engulfing the houses down the ridge from me, coming toward my house faster than any storm I’ve ever known, and I see lightning popping out of those clouds and heading upwards, like something out of an alien invasion movie.

You probably forgot what I was thinking about in the time it took to read to the end of those sentences. I certainly forgot everything I had been thinking about when that moment actually happened. (To satisfy your curiosity, that, my friends, is what a derecho, or straight-line wind storm, looks like in this part of the world. That storm resulted in power outages for tens of thousands of people that lasted days, weeks in some areas, and caused millions of dollars of damage across ten states.) Despite having grown up in Florida, considered by many to be the thunderstorm capital of this hemisphere and possibly the world, I had never in my life seen anything that looked like that storm. Seeing that boiling thing racing towards me on the ground sent my thoughts scattering out of the way like cockroaches when the lights get turned on.

That’s the way it should be. Immediate survival can and should trump all other considerations, especially such a long-term and squishy problem as relationship stuff. Seeing a derecho incoming, all the worries I had packed in my head about the million quotidian things that make up my life just…stopped. They were wiped away and gone like they were never there. All my focus, all my mental capacity, all my physical attention, were taken up immediately with that frozen-yet-freefalling moment in my own mind, that loooong empty in which all I could do was witness the devastation coming for me.

And then, when the long empty had done its job of utterly cleansing my mental palate, the important thoughts could finally flood in:

What the hell am I doing here? What can (or should) I do to change this situation?

In the case of the derecho, the proper answers were brief, and the right action clear-cut: Close the windows and curtains. Quickly do the minimum to prepare for power outage and a possible need for first aid. Get everybody low and central in the house. Stay there until this thing is over. Then, and only then, take the time to reassess…or even to get scared.

Thankfully, natural disasters occur infrequently in my life. By far more often, though, I perpetrate those moments on myself. How do I do it? By making yet another astonishingly poor or achingly repetitive personal choice and, instead of receiving the results I expect, I suddenly receive an outcome that I could never have predicted. The sudden clash between what I thought I was doing and the proof of what I’m actually achieving sends my brain into that frozen-yet-freefalling state every time.

It’s going to take me a bit of backstory to get to the example, so bear with me.

I only care about a very few things anymore: my family, my friends, getting my completed books live on KDP and drafting as many more as possible, and going to Egypt once I can afford it.

That’s it. That’s the plan for the rest of my life. If I’m not doing something with or for those endpoints, then it’s not for me.

That’s the kind of clarity I should have gotten when my doctor looked me in the eye and said, “You might want to put your affairs in order.” Unfortunately, it took me longer than that. Years longer. That sudden, ruthless deadline (“I could be dead in six months, what should I do?”) paralyzed me rather than set me free. I got stuck in that moment, the frozen-yet-freefalling feeling. I could do nothing more than bear witness to the devastation that was coming for me.

Yes, I managed to do the deadly basics–like fix my beneficiaries, get a living will and revocable trust on file, paper over the holes that were revealed in my insurance coverage, get myself through treatment and into a clinical trial while I still fit the criteria. But as for giving myself time to really reassess and pick up the pieces? Nope. There simply was no time for that, not when the “I could be dead in six months” freefall happened every three months.

Then, suddenly, it had been almost three years. I’d gone through the “I could be dead in six months” freefall, followed by the recovery of clear scans, every three months for three straight years. Even I could finally start to see that, maybe, the right action here was to get out of my head and get going. Even a job left half done was better than a job not done at all.

What finally got me moving was MS. Perversely, the thought that I might die immediately didn’t get me moving, but the thought that I might live long enough to become disabled first did. Now, instead of being emotionally frozen by the imminent threat of cancer, I have the time (I think) to reassess and ask, What the hell am I doing here? What can (or should) I do to change this situation?

So, remember that plan that I arrived at? That bit of clear thought that revealed itself after all this time spent just witnessing my life? “I only care about a very few things anymore: my family, my friends, getting my completed books live on KDP and drafting as many more as possible, and going to Egypt once I can afford it. That’s it. That’s the plan for the rest of my life. If I’m not doing something with or for those endpoints, then it’s not for me.” That’s the plan, right?

My daughter is home for the summer. I’m letting her watch hours of YouTube doll customization videos on our TV, in preparation for her own foray into the craft. I’m sitting bored, killing my phone battery for the third time today re-reading the same news as I let her hog the TV. But my attention hasn’t just wandered from my phone: I realize that she’s been watching a different YouTuber for a while now, and that YouTuber has just done something breathtakingly stupid–something so dumb that I have a moment of total mental disconnect. Is that idiot deliberately firing Nerf arrows at his buddies’ crotches? And they’re letting him do it? For fun??? And suddenly, the frozen-yet-freefalling moment hits. I look at my daughter sitting on the couch being raised by YouTube, and I look at the phone in my hands, and it’s as if I’ve never seen them before.

What the hell am I doing here?

My daughter and I could be making memories together. Instead, her enduring memory of this moment (if she remembers it at all when she’s grown) will be of morons howling on the TV as her mom ignores her.

What can (or should) I do to change this situation?

Now, any decent parent knows what to do here: Get up. Tell the kid to get up. Offer ideas of what to do together. Pick one and go. Act like you’ve only got one summer day to live together.

But, as any 21st-century parent could tell me, prying a kid away from YouTube is like pulling a barnacle off a ship hull. It’s damned near impossible without harming the barnacle or the ship. Living a real, messy moment together is a lot less fun and glamorous than a YouTube video, even a breathtakingly stupid one. Living real life takes work.

So my attempt to change this situation ends up sounding like this:

“Hey, kiddo, turn that off. Let’s go to the bookstore.”

“Nooooo! What would we do at the bookstore? You won’t buy me anything.”

“Okay, then let’s go to the bounce place.”

“Nooooo! It’s no fun without friends, and they’re not answering my texts, and you can’t bounce with me anyway.”

“Fine. How about we get a dessert at that–”

“Noooo! I’m not hungry for dessert!”

“What about the museum–”

“You promised me that we’d read together today. How about–”

“Noooo! I want to read together tonight instead.”

“But you said it was too scary to read last night.”

“Noooo! It’ll be fine tonight. I just want to do this!”

Sigh. So what does a 21st century parent do? How do I change this situation? Because, blast it, there’s no way I’m letting it keep going the way it’s been. Life…my life…is too damned short.

“Okay, you can keep watching YouTube. But no more of this crap. Put the doll customization stuff back on.”

“But I caaaaan’t! My yarn’s all tangled up and I can’t work until it’s untangled and I don’t want to watch more doll stuff until I can work!”

So, 21st century parent, you sit your butt down in front of the TV with your ten year old and untangle a rat’s nest of yarn the size of your head, all the while watching YouTube videos of dolls being beheaded and primped and painted.

A couple hours in, my back is killing me, the kid is whining that she’s hungry, and in the final analysis we’ve still accomplished nothing but watching more YouTube…

…but I’ve also caught my ten year old sneaking glances at me like I’m some kind of magician, that I made that rat’s nest of yarn reappear into neatly wrapped bundles of individual colors. And, slowly, she did some of that work herself, too. And she’s been cutting them into the proper lengths, and pulling apart the plaits, and making neat stripes with them on her work surface. She’s already planning how she’ll re-root those lengths in the doll’s head after dinner.

What the hell am I doing here? What can (or should) I do to change this situation?

Sometimes, the right action isn’t what I want. Sometimes, it’s so far down the list of what I actually want to do that I can’t see the beginning of the discussion from the end.

Sometimes, the right action is using that stop to make a new start.